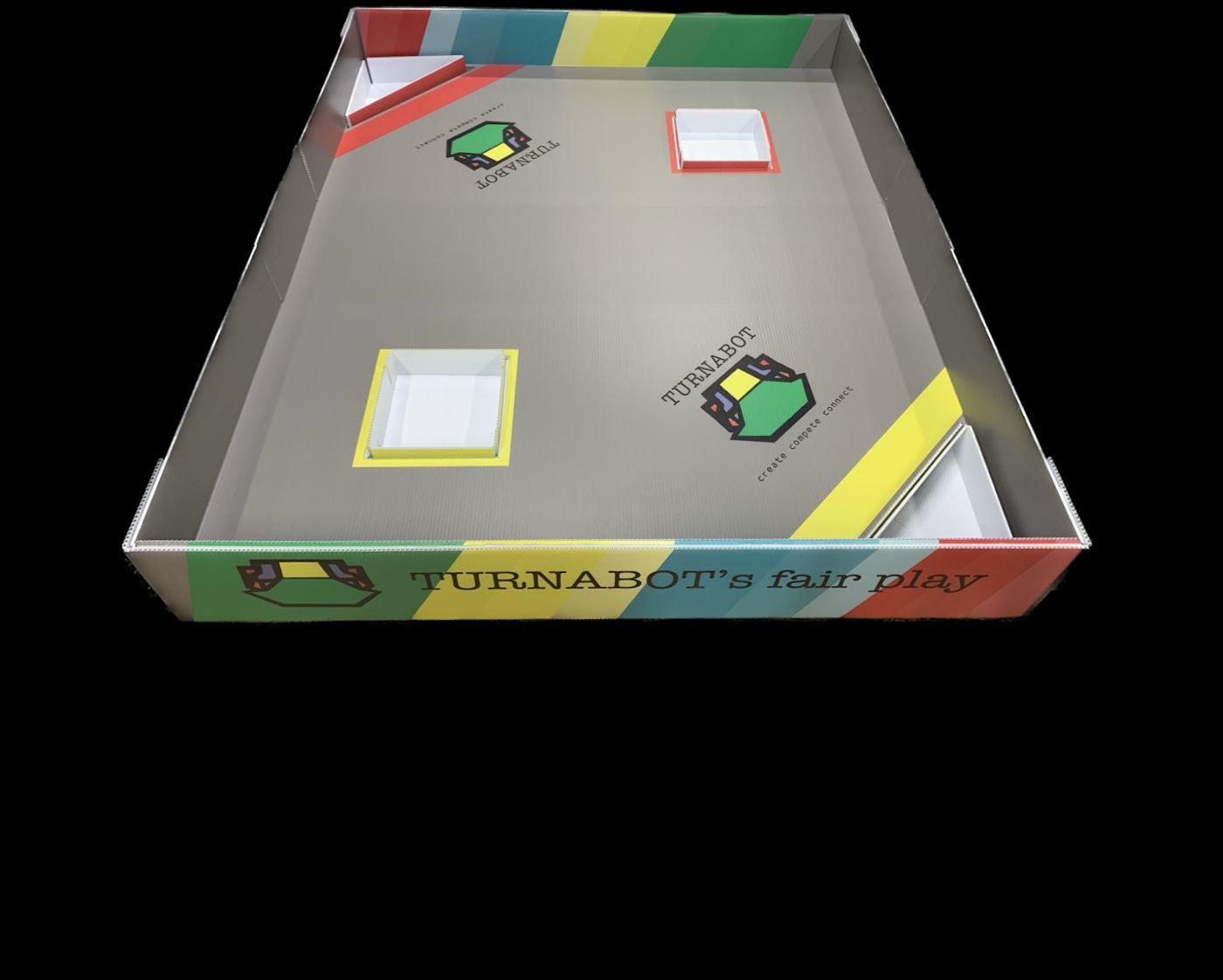 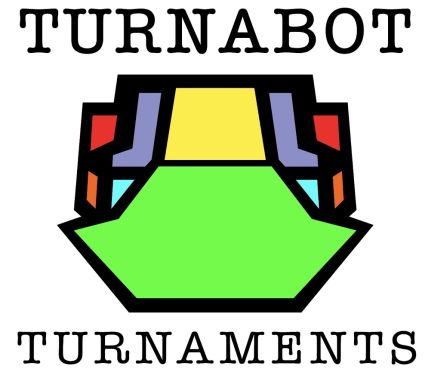 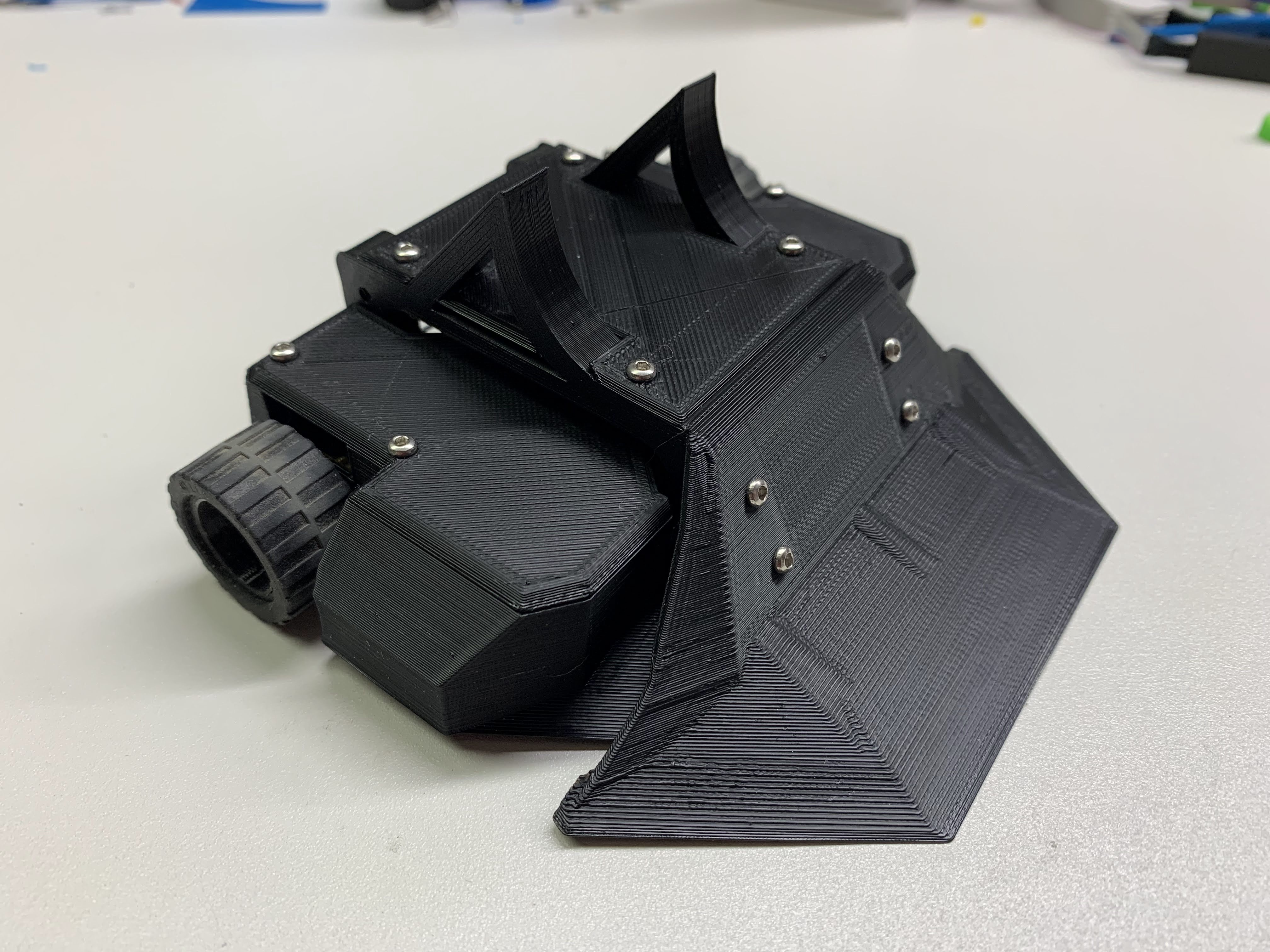 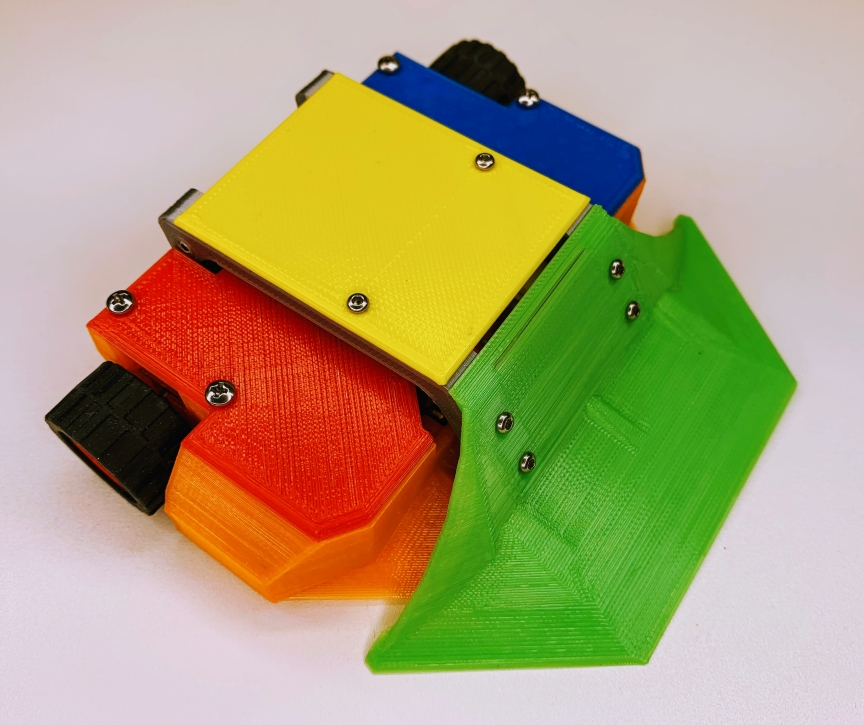 Get your battle fix in a few hours on a Saturday morning!

Loaner bots will be available! (Anyone can get a few matches completely free!)

Hook your friends with "easy" entry into the world of Combat Robots!

The goals of the Turnabot Turnaments (a 150g Sportsman / Safe / Non-Destructive Combat Robot League) include:

1. Develop a class where everyone can ENJOY Combat Robots as easily, cheaply, and safely as possible.

3. Promote the developement of bots that can be safely battled in open air arenas, while still being fully competitive in Full-Combat 150g events.

4. Create Turnaments with a shorter duration that make it easy to bring friends and family that are not YET bot enthusiasts

The plan is to run 4-6 events per year, possibly culminating in a "qualified championship" event.

At least the first 2 Atlanta events (3/11/23 and 4/22/23) will be at North Atlanta Church of Christ. There is a large room that should have enough space for the 4 arenas as well as pit space for every team.

The "Turnabot Turnament" event structure uses up to 4 TurnaboX arenas simultaneously to allow up to 32 competitors to battle through up to 3 rounds of double-elimination to a single victor in about 2 hours of battle time.

Doors will open at 9am. Battling starts at 10am and should finish near noon. We'll shoot to have awards and cleanup done by 1pm.

The event begins with up to 8 competitors at each of the 4 TurnaboX arenas in the main battle area.

Matches begin with each bot touching their corner color zone and 5 scoring sticks in the wall protecting each corner pit.

After a 3-2-1-Activate the large clearly visible 3-minute countdown clocks starts. All 4 arenas start at the same time.

Each time a competitor gets their opponent into a pit they win a scoring stick. They can choose any stick in the box and place it into the wall behind their corner

If both bots go into the pit at the same time, if there was a mutually-accepted clear aggressor, they win that point.

If the competitors do not agree then neither scores and they can call for an official to watch the rest of that match.

There will only be a few floating officials, part of the success of this type of "easy" event is the general good sportsmanship of bot builders.

Both bots are immediately reset touching their color zones and either competitor does a 3-2-1-Activate.

This repeats until either one competitor has acquired 5 scoring sticks, or until the 3-minute buzzer sounds.

If the scores are tied at the 3-minute buzzer that arena goes to sudden-death, the next pitter wins! (This will let everyone watch those ultimate final battles)

There will be roughly 2-minutes until the next match begins in each arena. This will allow roughly 10 minutes between each bot's matches.

After the 9 rounds required to get 8 competitors to 1st and 2nd place, 2 arenas are moved to a practice area and each top-2 pair splits to one of the the 2 semi-finals arenas.

The above is repeated to get the top 2 from each of those arenas. The 3rd arena is moved to the practice area and the final 4 competitors compete in the finals arena.

Regarding the "sportsman / non-destructive" rules:

The intent of this class to allow SAFE battling in open air arenas. The bots must have absolutely zero capability of hurting someone directly or by launching shrapnel. Not damaging other bots or the arenas is secondary to being safe. The arenas are made of high-quality coroplast, your bot cannot do permanent damage to the arena. A good test might be testing your bot against a strong cardboard box. When in doubt, please send questions, ideally with pics or video to the EO. Understandably the bots must remain safe for the entire turnament. The EOs will always have the final determination on whether a bot safe enough to participate in the competition.

Safety glasses are required for anyone near any moving bots. We will have some loaners available, but it would be good for everyone to bring some.

We will all need to ensure that we take care of the property. Soldering, heat guns etc need to be used either on concrete or solder mats.

The information displayed on this page was written and is managed by Turnabot Turnaments.